refreshing the page,
hitting Control and F5 simultaneously,
enabling JavaScript on your browser if necessary
OR contacting us
Close
Review this Product 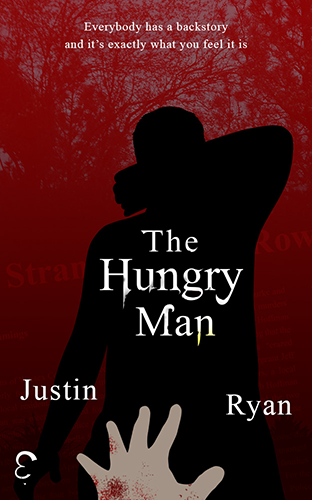 OTHER FORM(S):
Digital Audiobook
Paperback
Audiobook CD
Description
A 30-something-year-old man, unhappy with his lot in life, once again, enters an old trail to meet a young attractive drifter. The two men, over time, developed a unique relationship. After receiving some life-changing news from his fiancee, the man plans to give his friend a new lease on life. This changes, however, when he stumbles upon a mysterious killer in the woods. Will the man attack, run or experience the fate that befell his friend and other victims?


From the Creator(s)
The initial concept for "The Hungry Man" came to me in a dream--as hokey as that sounds. Its protagonist is loosely based on me. I too had anonymous sex. In the beginning, the experience was exciting. It supplied instant gratification and a reserve of lovers, but as time progressed, it became an addiction--something to do when I was bored, lonely, frustrated or angry. I sabotaged several relationships and risked my health and person, consequently exposing others to my fixation. As a more mature man, I stopped having anonymous sex--realizing that it was better to invest in loving just one thing, for in the long run, it'll provide strength, conviction and welfare. Wessex County, in which the story takes place, was inspired by my hometown of Spokane, Washington.