If it doesn't appear after a moment or so, try reloading the page, hitting Control and F5 simultaneously or contacting us at the1613s@outlook.com 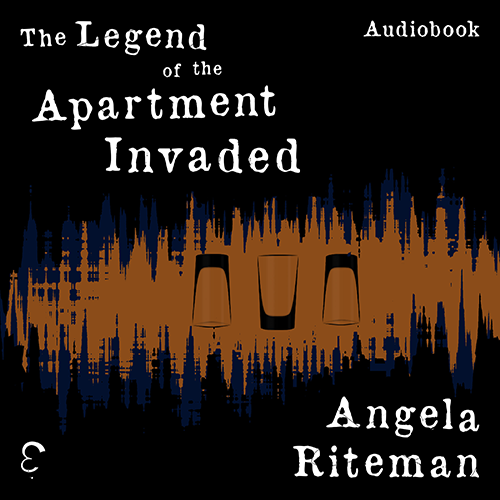 The Legend of the Apartment Invaded (Audiobook)
Help us grow. Post a review.
OUR OVERALL RATING:
RATING:

OTHER FORM(S):
eBook
Description
A woman returns home for another night of unrelenting torment from her rowdy neighbor. While settling in, she not only discovers that he's throwing a wild party but also that her apartment isn't quite the way she left it. Could her neighbor be responsible? If so, for what reason? This story is the first in a series of lost urban legends.


From the Creator(s)
I've always found urban legends and campfire-esque tales fascinating. I've heard all the popular ones, such as "The Hook," "The Kidney Heist," "Sewer Gators" and so on, but while considering this project, I remembered other legends--local legends--that weren't part of the modern canon. Because the basic function of an urban legend is to "keep things out" and not "in," I felt it was appropriate to stage (this story) in the eyes and mind of its storyteller--a young adult, probably a college student--whose understanding of the world at large is defined by few experiences, limited knowledge and personal attitudes. The rest of the legends (mentioned in the book's introduction) will be told from others in the storyteller's group.
Author(s): Angela Riteman :: Narrator: Jenny Hammond :: Music: Kevin MacLeod :: Artwork: Anthony Wilbourne
This product is available at:
Amazon
Audible
Videos
Audio
Reviews
Press
Misc.